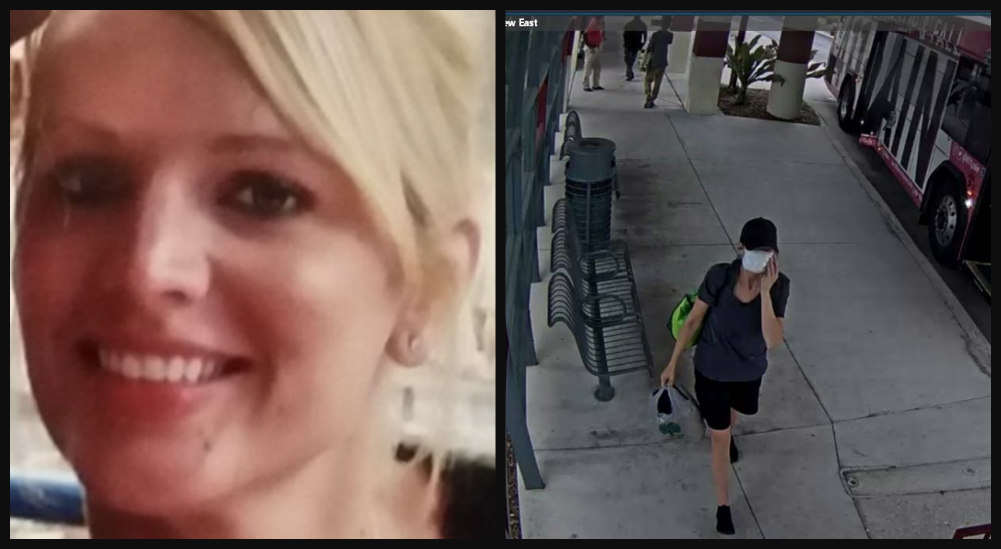 Loved ones are pleading for the public’s help to locate a Florida woman who has been missing for more than three weeks and was allegedly acting unusual before she vanished, WINK-TV reports.

Erica Johnson was last seen July 8 in Fort Myers boarding a direct Greyhound bus to Tampa. Security cameras recorded her carrying a travel pillow, luggage and a pet rabbit, according to the Cape Coral Police Department.

Those photographs are the last time Johnson’s family say they have seen the 36-year-old mother.

Her family reported her missing on July 14 after she didn’t show up for work at the Best Western Plus Beach Resort on Fort Myers Beach.

Authorities have said there is information suggesting Johnson is a “missing and endangered adult” and that the unusual occurrences began happening weeks before she vanished, according to Fox News.

One concern is that Johnson allegedly canceled plans in June with her former husband to see their children. She reportedly told him that she needed to work, which he found to be “very unusual,” according to WINK-TV. Johnson was typically always enthusiastic to be with her children, DailyMail reports.

On July 5, Johnson is said to have reported feeling ill at work. She got a ride at 4:30 p.m. that day from a co-worker to a bus stop in South Fort Myers.

A witness told investigators they saw Johnson carrying a black suitcase as she was going inside a commercial office building in Cape Coral where she reportedly rented space. Police have looked inside the unit and found many of her belongings still there.

Johnson also is said to have dyed her blonde hair brunette and cut it short.

Brandon Sancho of the Cape Coral Police Department told the Daily Mail that Johnson “lives a different lifestyle where she has no phone, no vehicle and no bank account.”

In a statement to WINK-TV, Johnson’s mother urged anyone with information about her daughter’s whereabouts to alert authorities.

“I would like to thank the people of Cape Coral & Fort Myers for their kindness and support in helping to locate Erica and the Cape Coral Police Department for their efforts over the past few weeks,” the statement reads.

“Erica is loved and missed by her family and friends who are devastated by her disappearance. We remain hopeful that she will be found safe very soon. If you have seen her, or have any information on her whereabouts, please contact the Cape Coral Police Department.”

Johnson, who hails from the St. Louis area, is described as 5-foot-8 and approximately 130 pounds with green eyes and a small freckle toward the lower side of her face. She most recently had brown hair and blonde highlights.

In the security camera footage, Johnson was last seen wearing sneakers, jeans, a light-colored t-shirt, a baseball cap and a sweatshirt around her waist.

To report information about the case, call Cape Coral Police Department at 239-574-3223.