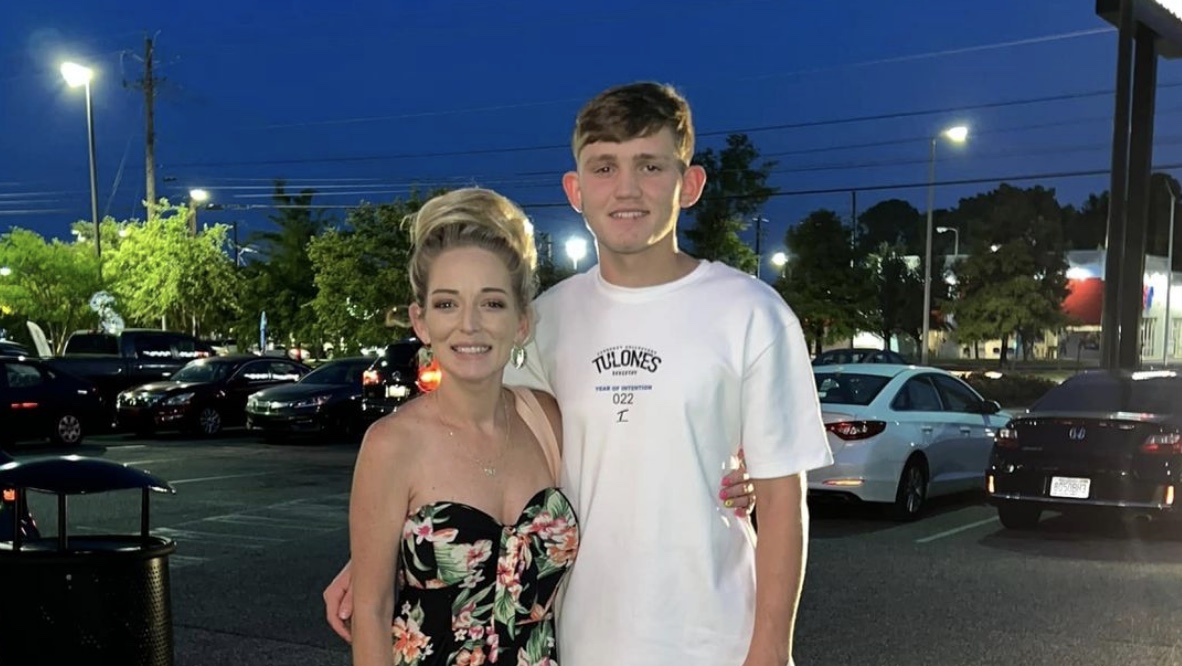 The Alabama mother and TikTok star “Mama Tot” is opening up about how she’s handling news that authorities have arrested a man accused of murdering her son in a marijuana deal gone wrong.

Randon Lee, 18, was shot to death on June 24 inside his car at a gas station in Prichard, Alabama.

Investigators believe that as Lee was selling marijuana at the gas station, one of his customers, 20-year-old Reuben Gulley, got into Lee’s vehicle and shot him.

As Crime Online previously reported, Gulley turned himself in to police on Thursday after an arrest warrant was issued.

In a video posted Friday, Ophelia Nichols, Lee’s mother, talked about her reaction when she first saw Gulley’s mugshot.

“I am not happy,” Nichols said in the video. “When I seen that mugshot last night, I thought to myself, ‘My goodness, he’s just a baby.'”

Nichols, known as “Shoelover99” on TikTok with 8.8 million followers, added that she saw comments from users who said they taught Gulley in school and believed “he was a lovely young man,” according to the video.

“I’ll bet he was,” Nichols said in the TikTok post. “That just made me think within 11 seconds he made a decision to just throw his life away.”

In fact, Nichols said she can empathize with Gulley’s family.

“There’s one thing that he and my baby child had in common and that is that they both have a mother that would do absolutely anything for them,” Nichols said as she tried not to cry. “So remember that there are two families that are hurting. There’s two of us.”

Police did not know before the shooting that Lee was in the business of selling marijuana. Nichols told her followers that she tried to keep him out of trouble.

“We did everything we could to keep him on the right track but this past year everybody thought he was because he was doing so good,” Nichols said in the video. “But (it) gives nobody the right to shoot my son. That’s all I know.”

She added that it has been particularly painful to hear people in her community judge her and her son for what happened.

“What hurt me really big was when this all come out was people in my town – people I grew up with, shop at the same stores that they do – made such terrible comments about my baby child,” Nichols said.

“I thought, ‘why? You don’t even know him.’ Then I thought, ‘Lord, I hope she don’t go through that,'” Nichols said in reference to Gulley’s mother.

“I don’t wish that on anybody. That was really hard for me,” Nichols added. “Neither one of our children should have been there that night. Neither one of them.”