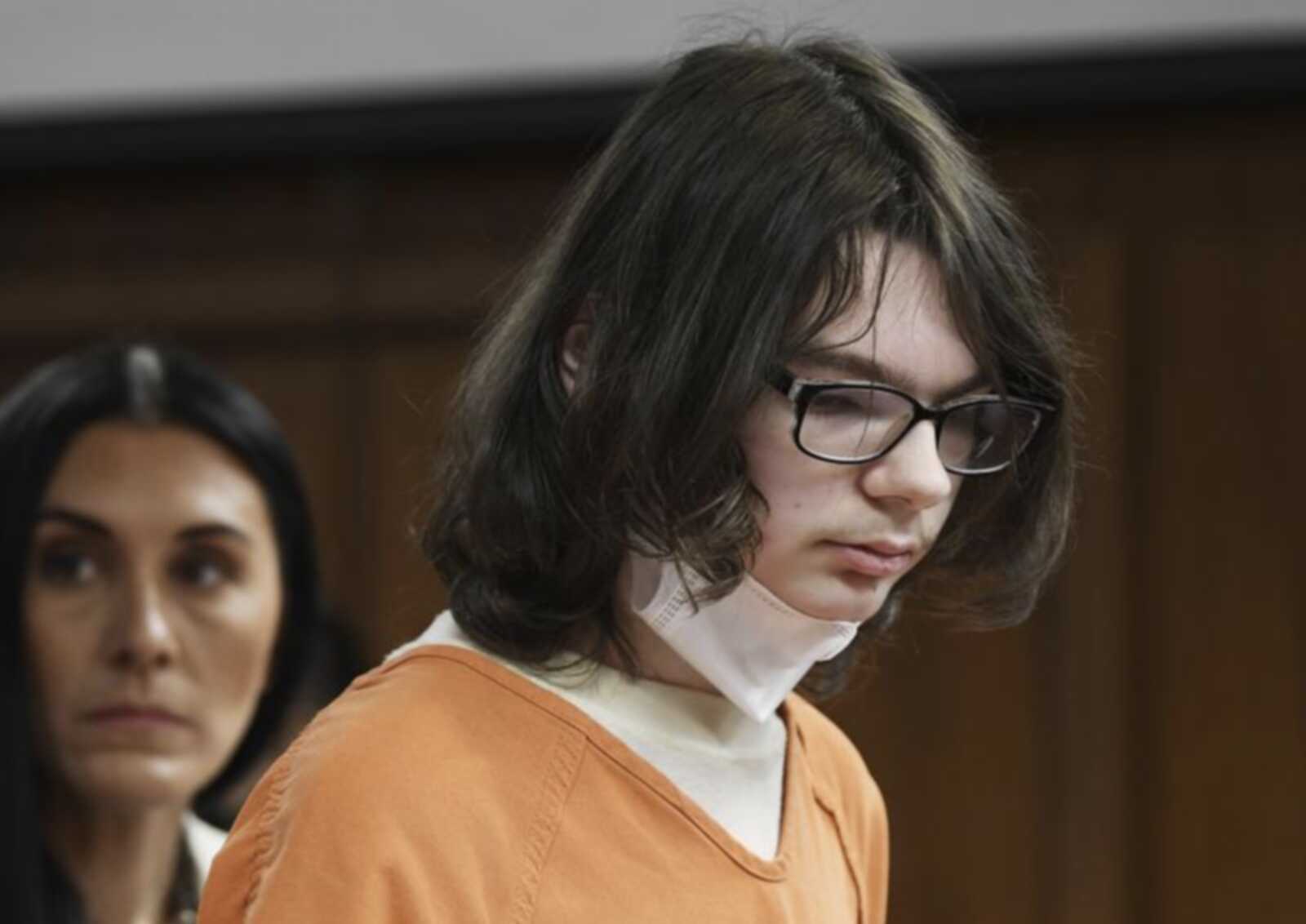 A Michigan teenager on Monday pleaded guilty to 24 charges, including terrorism and first degree murder, in a school shooting nearly a year ago that left four students dead.

The Oakland County prosecutor’s office said that there was no deal in place to secure the guilty pleas from Ethan Crumbley, now 16, according to The Associated Press.

A conviction on Crumbley’s charges, which includes first degree murder, typically means an automatic life sentence. But teenagers in Michigan are allowed a hearing in which their attorney can argue for a shorter term and the possibility of parole.

Crumbley’s parents, James and Jennifer Crumbley are in jail on charges of involuntary manslaughter for allegedly making the gun their son used accessible to him and for ignoring his need for mental health treatment, as CrimeOnline previously reported.

Ethan Crumbley’s attorney, Paulette Michel Loftin, said the teen may be called to testify against his parents, the AP reported. The parents have a no-contact order in place for their son.

Jennifer Crumbley said in social media posts that the gun was a “Christmas present” for her son, who said in court Monday that his money paid for the gun, purchased by his father on November 26, 2021. He also told the court the gun was “not locked” the morning he took it to school.

Ethan Crumbley had no disciplinary actions at Oxford High School, but his behavior on the morning of the shooting caused teachers to call his parents. As CrimeOnline reported, a teacher found a note the boy was scribbling that morning that included an illustration of a gun and a bullet along with the words, “The thoughts won’t stop, help me” and “blood everywhere.”

School officials told Crumbley’s parents to get the teen into counseling within 48 hours, but they refused to take him home, and he was returned to the classroom. A few hours later, Ethan Crumbley took his gun out of his backpack and opened fire, killing four students and wounding six other people, including a teacher. When word of the school shooting reached Jennifer Crumbley, she texted her son, “Ethan, don’t do it.” James Crumbley called 911 and said a gun was missing from his house and he believed his son might be the school shooter.

Ethan Crumbley was taken into custody, and his parents fled their home when Oakland County Prosecutor Karen McDonald fired charges against them. They were found hiding in a commercial building in Detroit a few days later, after they drained their son’s bank account. The couple have pleaded not guilty, and their attorneys, Mariell Lehman and Shannon Smith — who previously represented convicted child molester and former USA Gymnastics coach Larry Nasser — claim they were not hiding or fleeing and planned to turn themselves in.

The day before the November 30 shooting, another teacher spotted Ethan Crumbley researching ammunition online. The school contacted his mother, who responded by texting her son “Lol. I’m not mad at you. You have to learn not to get caught.”

The teen pleaded guilty to four counts of first degree murder and terrorism causing death for the deaths of Hana St. Juliana, 14; Madisyn Baldwin, 17; Tate Myre, 16; and Justin Shilling, 17. He also pleaded guilty to seven counts of assault with intent to murder and 12 counts of possessing a firearm in the commission of a felony.

The case will return to court on February 9 as attorneys argue Crumbley’s sentence. Prosecutors have not indicated whether they intend to argue for no parole, the AP said.

Several lawsuits have been filed against school officials and other related to the shooting, according to the Detroit Free Press.