A 15-year-old Ohio boy is in hot water after he allegedly attacked several school officials and a nurse last week. The teen blamed the outburst on having taken LSD—which he claimed his dog gave him, police said. The saga began to unfold Wednesday at approximately 10:30 a.m. when a teacher at Liberty High School, located …

The whereabouts of a kidnapped woman in Boston came to light, at least in part, due to her iPhone’s tracking service, the “Find my iPhone” app, police have said. As previously reported by CrimeOnline, 23-year-old Olivia Ambrose was discovered Tuesday afternoon in the Charleston apartment of her alleged captor, 38-year-old Victor M. Pena. WATCH LIVE: …

“He always hated people and wanted everyone to die”

CAUGHT ON CAMERA: Family fight ends when mom hits her teen daughter with a flip flop after the girl runs off down the street

A woman in Mexico is being applauded after a viral video showed her throwing a flip-flop sandal at her daughter from about 100 feet away—and hitting the girl. The unidentified mother is seen meandering into the street, where she held a sandal up in the air. Meanwhile a girl, identified as the woman’s daughter, took … 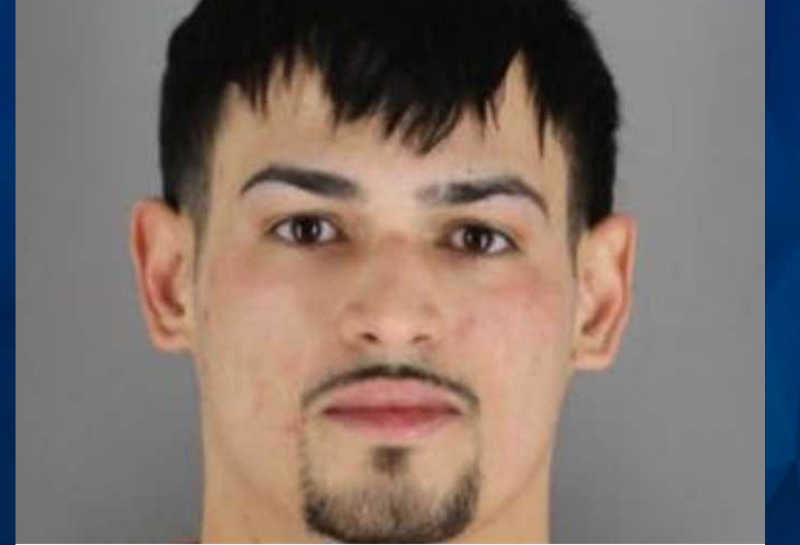 A Minnesota McDonald’s manager was arrested after police say he raped an underage female employee across numerous locations last month—including the cooler of the fast-food establishment. According to the Star Tribune, 24-year-old Andrew Joseph Otero-Albertorio, of Maple Grove, is facing “five felony counts of first-degree criminal sexual conduct” after a 14-year-old girl said she was …

‘I am a good person’: Woman dupes 50 victims in $5M fraud scheme, travels the world while victims lose their homes

A Virginia woman who managed to dupe dozens of victims out of millions of dollars with claims that she was investing in a healthcare software program—but instead was living a life of luxury—learned her fate Friday. The Washington Post reported that 43-year-old Keisha Williams, of Ashburn, was handed down a sentence of 15 ½ years …

URGENT: Beautiful Mom of 4 vanishes after leaving bar with 2 unidentified men– have you seen them??

Police in Kentucky are asking for the public’s assistance in locating a missing mother of four young children—including twin infants—who was last seen over two weeks ago. As reported by People magazine, the Richmond Police Department announced the disappearance in a Facebook post, reporting that 22-year-old Savannah Spurlock was last seen Friday, January 4, leaving …

Utah police discovered the body of a Salt Lake City realtor in an apartment crawl space on Friday, after he reportedly tried to evict two tenants from the residence the previous night.   Salt Lake Tribune, citing officials, reports that 40-year-old David Stokoe went to a Salt Lake City apartment on Thursday night where two of …

‘How they are skinned alive..doesn’t cross her mind’: Judge condemns wealthy ‘Instagram heiress’ who sold illegal snakeskin goods made from endangered pythons [Report]

A wealthy British “Instagram heiress” flipped the bird outside of court after being sentenced to community service on Monday after selling hats and handbags made out of illegal, endangered snakeskin. The presiding judge condemned her lavish, self-centered lifestyle at sentencing, the Daily Mail reported. Stephanie Scolaro, 26, of Marylebone, was reportedly busted earlier this year …

Investigators in Utah believe a Barbie doll left at a gravesite could be a key piece of evidence in cracking a 24-year-old cold case involving the rape and murder of a little girl. The Utah Cold Case Coalition announced at a press conference Thursday that the Barbie “may be a valuable tool” in helping to …

‘Eat your food!’: Daycare under investigation after video emerges that shocks social media

A Texas daycare is under investigation after a video showing the alleged abuse of a little girl went viral via social media. Authorities announced the investigation into the incident on Thursday. Lubbock Avalanche-Journal reports that the footage was recorded at the “My Little Playhouse” daycare center, located in the 3600 block of 50th Street in Lubbock. …

Police in California charged a woman with attempted murder after they say she was discovered wading into the Pacific Ocean with her infant, in an alleged attempt to kill herself and the baby on Tuesday afternoon. The San Mateo Sheriff’s Office arrested 36-year-old Chisato Chiyoda, of Cupertino, after they responded to a report just after …