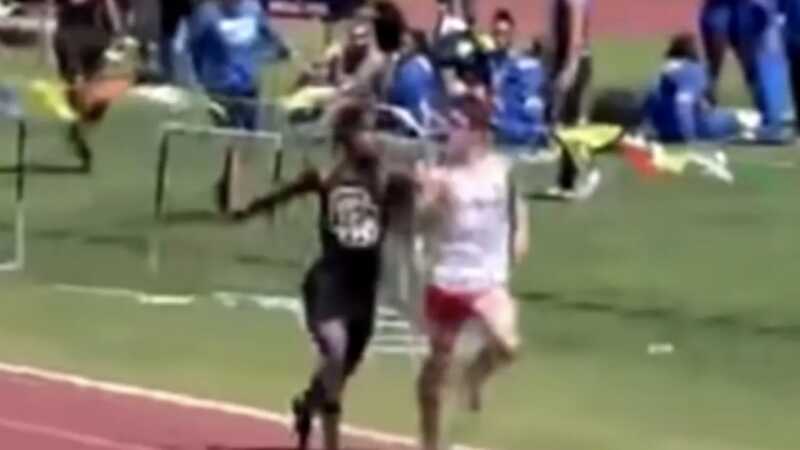 A high school track runner sucker-punched by another athlete during a race in Florida is considering pressing chargers or filing a lawsuit. The incident tool place last weekend during the Tohopekaliga Tiger Invitational in Kissimmee, according to TMZ Sports. The victim, wearing red and white, was leading the 1,600-meter race coming around a turn when … 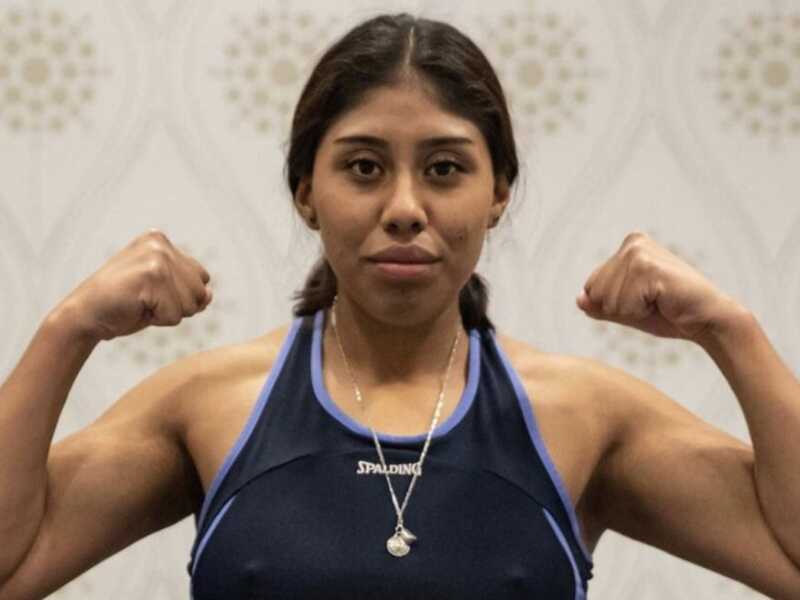 An 18-year-old professional female boxer has died from injuries she sustained in a fight Saturday night in Montreal. Mexican boxer Jeanette Zacarias Zapata was unable to return to her corner at the end of the fourth round after her opponent, Marie-Pier Houle, pounded her with a series of power punches, an uppercut, and a right …

Former Major League Baseball slugger Josh Hamilton turned himself in to Tarrant County, Texas, authorities on Wednesday on a felony charge of injury to a child, CBS DFW reported. Hamilton, who spent five seasons with the Texas Rangers and won the American League MVP award in 2010, is charged with hitting and scratching his daughter …

A Tennessee woman convicted of killing her ex-husband, one-time NBA star Lorenzen Wright, has reportedly been sentenced to spend 30 years behind bars. As CrimeOnline previously reported, Sherra Wright was arrested in 2017 on suspicion of first-degree murder — seven years after 34-year-old Lorenzen Wright’s decomposed body was found 10 days after he was reported …

Authorities in South Carolina confirmed WWE superstar Jeff Hardy was arrested following an incident at a hotel in downtown Myrtle Beach this week. According to the Myrtle Beach Sun News, the 41-year-old wrestler is accused of public intoxication and was identified as the person described in a call late Saturday morning. Police reports indicate officers …

Troubled baseball legend Dwight Gooden is once again reportedly facing drug-related criminal charges. According to the New York Post, the 54-year-old was arrested last month in New Jersey on suspicion of driving under the influence and possession of cocaine. Monmouth County Prosecutor’s Office spokesperson Christopher Swendeman said Gooden was pulled over on a highway in …

Two NHL players beat up roommate they say didn’t pay his share during night out at club: Cops

A pair of NHL pros were picked up on assault charges after an incident in New York early Sunday morning. According to CNN, 22-year-old A.J. Greer posted a social media update on Saturday night in which he was seated near Milano at a local restaurant. At some point in the hours that followed, arrest reports …

Former Olympian, world champ boxer, arrested after 90-minute standoff as he’s about to be evicted: Cops

Authorities in Pennsylvania say a former pro boxer was involved in a standoff with police in Philadelphia earlier this week. According to Fox News, 52-year-old Meldrick Taylor was arrested on Monday, about an hour and a half after he allegedly first barricaded himself inside a ground-floor apartment. “I ain’t coming out,” he reportedly told SWAT …

The Los Angeles Dodgers have reportedly placed pitcher Julio Urias on administrative leave pending the outcome of an investigation into reports of domestic violence. According to TMZ, Urias, 22, was arrested in L.A. at about 9:30 p.m. on Monday following an incident at a shopping center. Sources indicate the altercation took place in a parking …

AJ Armstrong is accused of killing his parents when he was just 16 years old. Ex-NFL star, Antonio and wife, Dawn, were shot while sleeping at home. There were no signs of a break-in. Nancy’s Expert Panel: John Lemley: Crimeonline.com reporter Dr. Brian Russell: Psychologist, lawyer, and Host of “Fatal Vows” on Investigation Discovery Kathleen …

Authorities in New York say they are investigating a woman’s claim that NBA star Kristaps Porzingis raped her shortly after he sustained a season-disrupting knee injury during a game last year. According to the New York Post, a police source said the woman’s “believable” allegation included a sexual assault at the athlete’s penthouse residence in …

Authorities in New York City say a professional football player has been arrested following an early-morning incident that landed on police officer in the hospital. According to the New York Post, 25-year-old Trevor Bates — a linebacker for the Detroit Lions — was accused of arriving in a cab at an East Elmhurst hotel in …