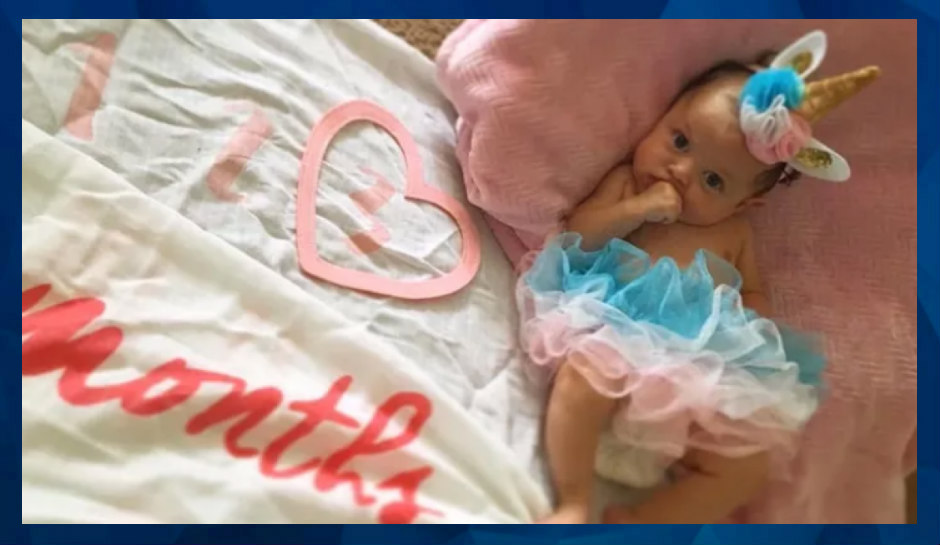 A teenage daycare worker who suffocated an infant so she would stop crying must serve the rest of her life behind bars, the Delaware Supreme Court has ruled.

The state’s high court on Friday upheld a life sentence imposed against 22-year-old DeJoynay Ferguson after she pleaded guilty last year to killing a 4-month-old girl at the Little People Child Development Center in Bear, Delaware.

Ferguson was just 18 years old when she started working at the childcare facility in January 2019. Authorities alleged that she began abusing children within months of starting the job as she was left to tend to the kids all alone with little training or experience.

Security cameras recorded her smothering three tots on 28 days, at times multiple times each day, and engaging in physical abuse of some children in her care.

In at least two instances, children lost consciousness after Ferguson suffocated them. She then allegedly waited for the children to come to and then covered their faces again, according to the Associated Press.

“During the process of covering the children’s faces, Ferguson generally did not appear angry, but seemed to be calmly waiting for the known outcome. Ferguson sometimes bobbed her head and danced to music or was silly with other children in the room who were watching while she waited for the child on the changing table to stop breathing,” prosecutors wrote in an appellate brief in the case.

On September 5, 2019, authorities alleged that Ferguson placed her hand over the mouth and nose of 4-month-old Isabella Talton for more than three minutes. Talton became unresponsive and Ferguson allegedly waited 20 minutes to inform her boss about the girl. Responding medics found the child’s lifeless body and rushed her to a hospital, where she was pronounced dead.

The teen first denied causing the girl any harm, but when presented with video evidence of her conduct, she told investigators that she had been stressed because of “multiple babies crying at the same time,” according to the AP.

Talton in particular was being “fussy” and would not stop crying, Ferguson told investigators, the Delaware News Journal reports.

It was a tactic that she used regularly between July 2019 and September 2019.

Ferguson faced life plus 154 years in prison, with a mandatory minimum of 27 years. The judge sentenced her to life for the murder and 12 years for the child abuse.

Her defense lawyers had presented evidence that teenagers are neurologically immature and argued that Ferguson had been traumatized by her father’s death three years earlier. Her lawyers also said she is bipolar and has other mental health issues. The judge received letters from Ferguson expressing remorse and from her friends and family attesting to her character.

Prosecutors submitted statements from victims’ families and had recommended a 65-year prison sentence. The state pointed to aggravating factors such as the vulnerability of the victims, Ferguson’s previous abuse of the victims and excessive cruelty.

The judge said the case shocked him “not only in its brutality, but in the utter depraved violation of trust placed in the hands of caregivers by parents with little or no choice in the matter,” the AP reports.

“At the end of the day, I am unable to conclude that a sentence of a term of years is the just and fair sentence,” the judge said at the sentencing hearing, according to the AP. “I cannot square the idea of Ms. Ferguson’s inevitable release with the idea of smothering a 4-month-old baby to death. This is particularly so when the smothering death occurred at the end of a pattern of smothering babies in order to get them to be still while changing their diapers.”

After the sentence was handed down, Ferguson filed an appeal arguing that her sentence was unfair and that her due process rights were violated because the sentencing judge did not consider mitigating evidence that would warrant a lighter sentence. She also alleged that the judge “had a closed mind” and issued the life sentence “for the sole purpose of retribution.”

However, Delaware’s high court on Friday rejected those arguments. Even though the sentencing judge was not persuaded by Ferguson’s arguments does not mean the judge didn’t consider them.