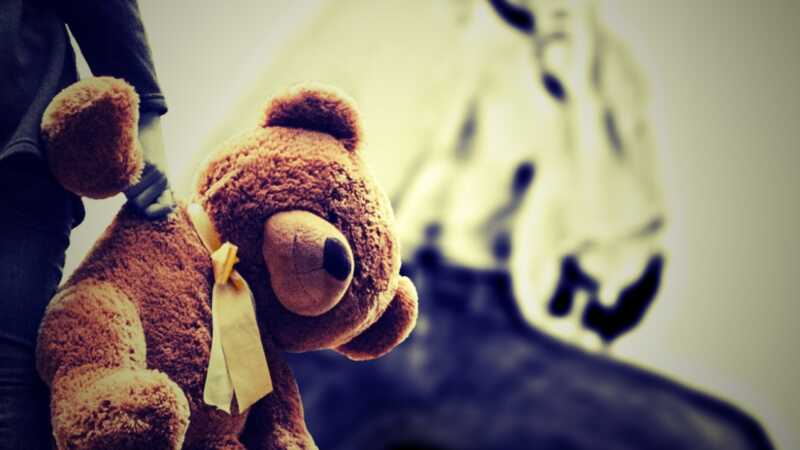 Damian Williams, U.S. Attorney for the Southern District of New York, called the allegations “as chilling and disturbing as one can imagine.” 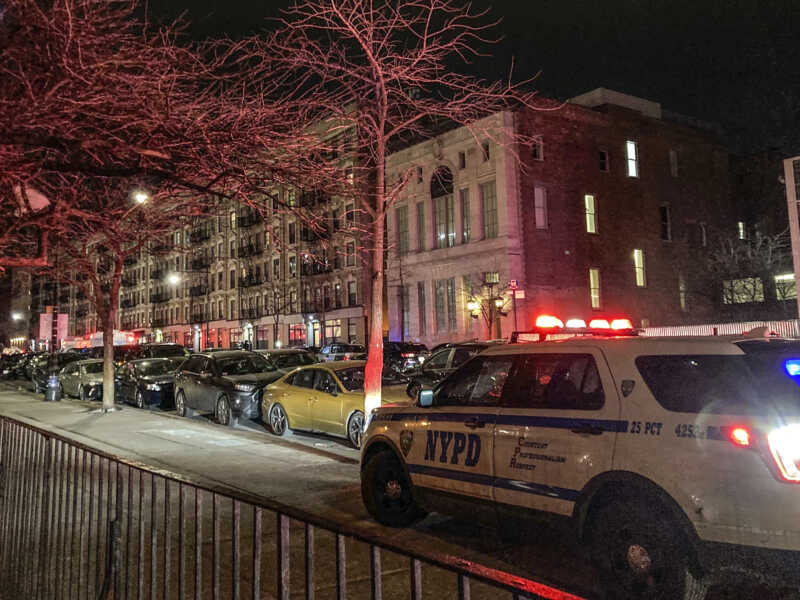 NYPD Officers Gunned Down, Leaving One Dead and Another Critically Wounded

Two police officers in New York City were gunned down Friday night, leaving one officer dead and the other in critical condition, WABC-TV reports. The shooting comes the same week that two other NYPD officers were shot, one on Staten Island and another in the Bronx, according to WNBC-TV. In Friday’s attack, authorities identified the … 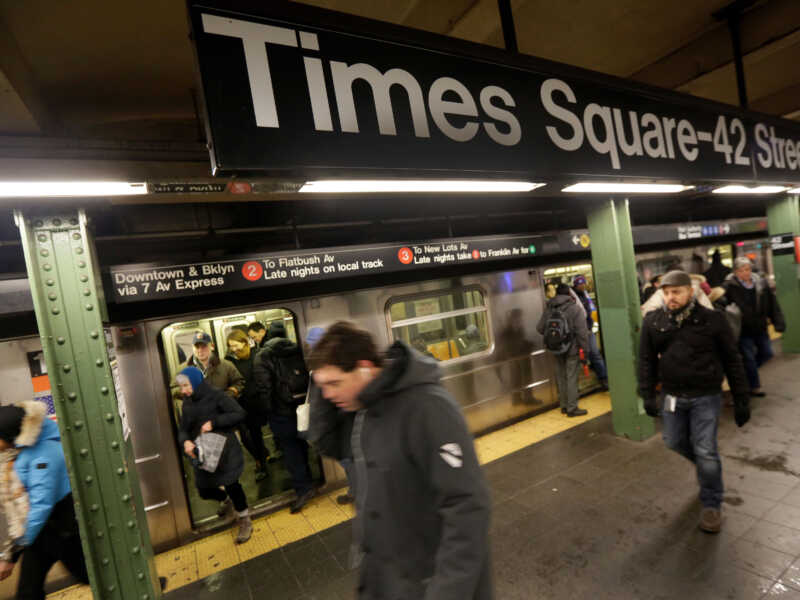 “Something needs to change because it’s getting worse”

New York residents are on edge after a series of apparently random sucker punches across the city, The New York Post noted attacks on a man in Chelsea, a woman outside the subway on the Upper East Side, and two separate attacks in the Bronx, one of them on Catholic deacon. An Upper West Side …

CAN YOU ID woman who punched 2-year-old on subway?

Authorities in New York are seeking a woman who allegedly punched a 2-year-old boy on a subway on Saturday. On Tuesday, the NYPD released images of the suspect involved in the assault, which occurred on a C train at the 116th Street subway station in Manhattan. WCBS reported that the suspect struck the toddler in … 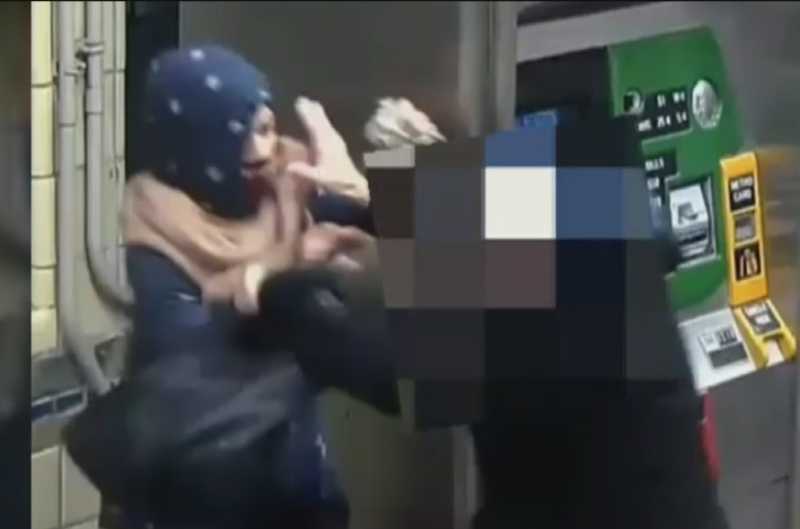 CAUGHT ON VIDEO: Woman thrown to ground, dragged in robbery

On Tuesday, police released surveillance footage appearing to show a female assailant attacking a woman at a New York subway last Sunday. NYPD Crime Stoppers posted footage showing the alleged suspect after the reported attempted robbery at the 86th Street train station in Brooklyn. Authorities said the suspect approached the woman from behind before grabbing … 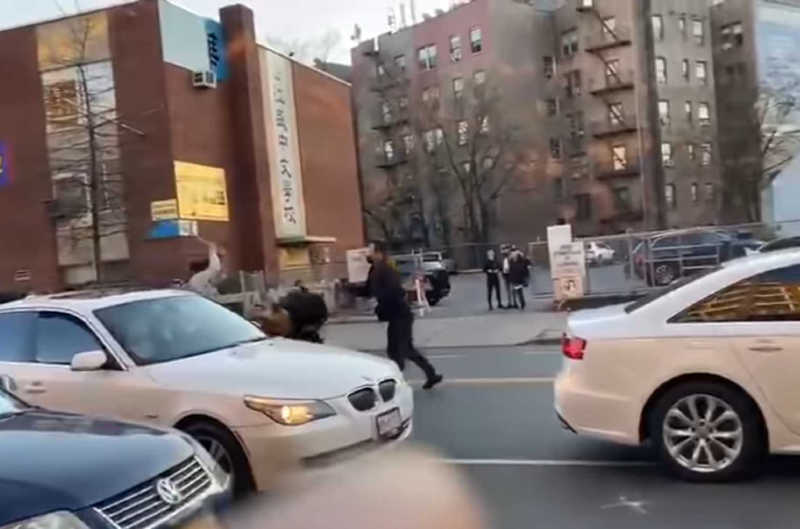 Four people were injured on Monday when a road rage altercation escalated to the point that one of the drivers plowed into a bakery, according to reports. The NYPD told Gothamist that the incident unfolded in Queens. Video provided to the news outlet appears to show four men fighting amid a dispute over a parking spot. The … 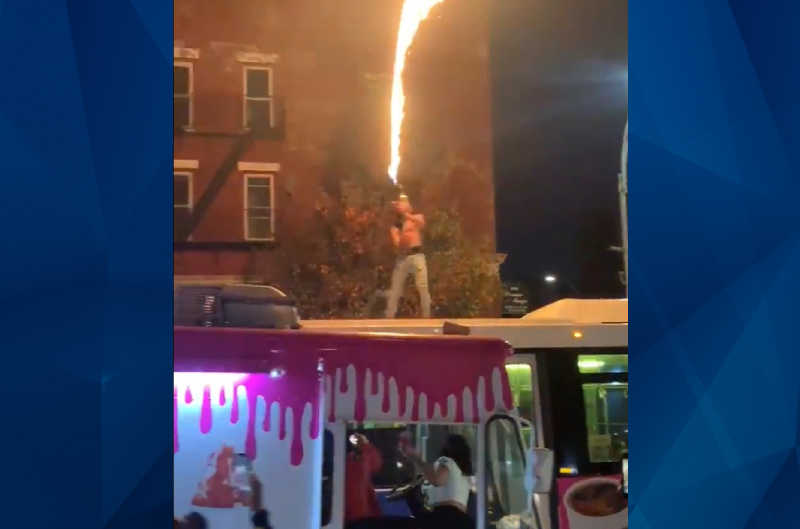 SEE IT: Rapper fires flamethrower on top of bus full of passengers [Reports]

Police in New York are investigating after a man reportedly climbed atop a packed bus and shot a flamethrower. At least two videos posted to social media apparently show the November 8 incident which unfolded in New York City. Rapper Dupree G.O.D is believed to have devised the publicity stunt as a dedication to the … 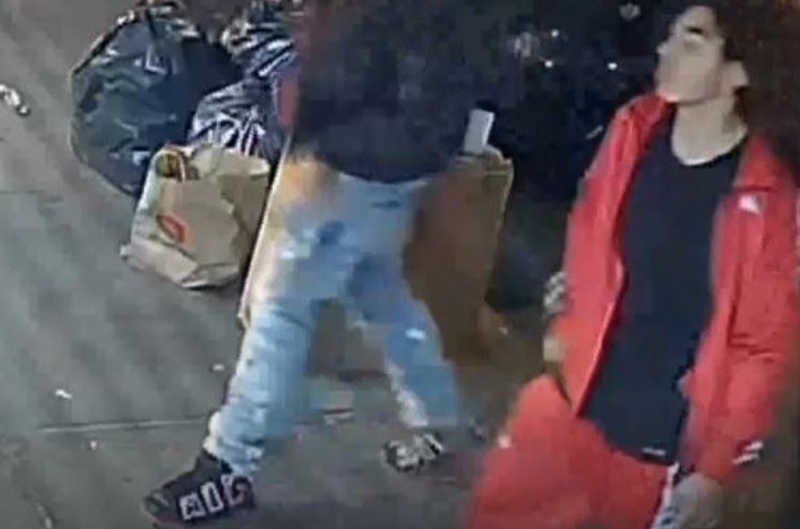 Coronavirus hate crime: 13-year-old boy assaults, spits on Asian man — then tells him to ‘go back’ to his country [Cops]

A 13-year-old in New York was recently arrested for assaulting an Asian man in a possible hate crime related to the coronavirus pandemic. WABC reported that the incident occurred on Tuesday night in Harlem. Police said the teen kicked the 59-year-old victim in the back, causing him to fall on the ground, and stated, “f**k …

SEE IT: Jealous husband accused of fatally stabbing wife at nail salon, video shows him lying on top of her as she bleeds to death

A New York man accused of fatally stabbing his estranged wife at the nail salon where she worked reportedly stayed at the scene to lie on top of her lifeless body. The New York Daily News reported that the 39-year-old suspect entered Tu S’tilo Salon in Queens at around 7 p.m. on Wednesday and stabbed …

‘Junior’ Guzman-Feliz ‘fought like hell’ as machete-wielding gang hacked him to death: Prosecutor

A New York prosecutor detailed how hard a 15-year-old tried to fight off a group of accused gang members as they allegedly stabbed him to death in front of a bodega last summer. During Tuesday’s closing arguments, Bronx assistant district attorney Morgan Dolan told the jury how Lesandro Guzman-Feliz valiantly avoided multiple attempted stabbings by …