A California woman managed to make a final statement to cops after leading them on an early morning high-speed chase this week. When she was finally booked into jail and posed for her mugshot, police said she flipped the bird just in time for the rude gesture to be included in her police record. According …

LOS ANGELES (AP) — Actor Vince Vaughn was arrested Sunday on suspicion of drunken driving after being stopped at a sobriety checkpoint in a Southern California beach town, police said. Vaughn, 48, was busted early in the morning in Manhattan Beach after failing a field sobriety test that was captured with officers’ body cameras, Sgt. … 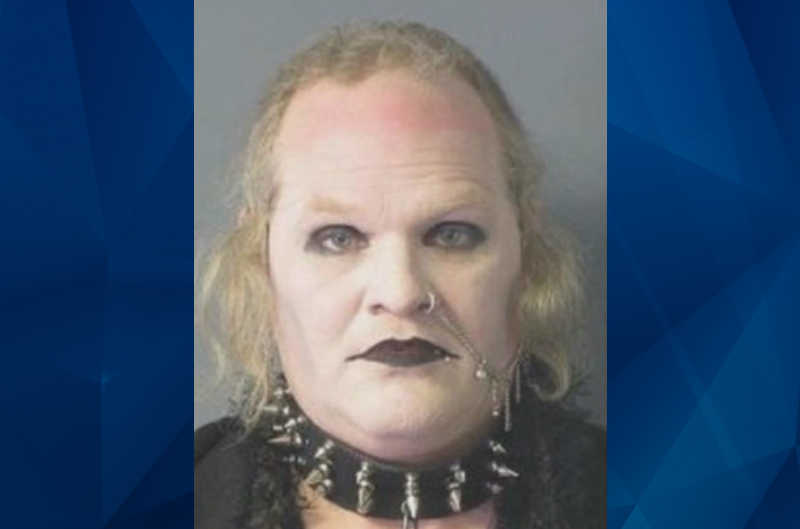 A New York man who previously served 13 years in prison for sodomizing a 5-year-old girl was recently jailed for allegedly posting an ad on Craigslist, a violation of his parole. A Level 3 sex offender, Terri Havens 49, was placed on parole last September but reportedly violated it by breaking his curfew and using …

A Florida woman was all smiles in her mugshot after allegedly driving drunk and causing the three-car crash that killed a 60-year-old woman. WKMG reported that Angenette Marie Welk, 44, of Ocala, was driving on U.S. Highway 27 around 11:54 a.m. March 10 when she failed to break, crashing into cars stopped in front of her. According to …

Glue-huffing pirate known as “Captain Jack Sparrow’ bangs his head on concrete, kicks cops and screams at them to kill him: Police

A Tennessee man nicknamed “Captain Jack Sparrow” is behind bars after police say he huffed glue and kicked authorities trying to detain him on Wednesday in Knoxville. CBS 8 reports that bystanders witnessing “odd behavior” by a man on Wednesday in Knoxville’s Market Square contacted police as the man’s strange behavior escalated. When police arrived, …

Authorities in Ohio arrested a woman recently on suspicion of several criminal acts, but it was her reaction to having her mugshot taken that has propelled the arrest to nationwide news. As Fox News reported, Piqua resident Amber Legge is accused of threatening to burn down a neighbor’s home as part of a dispute over …

Day care owner shakes baby, gives kids melatonin while she leaves to tan and work out

An Oregon day care owner who drugged the kids in her care with melatonin so she could go tanning and do CrossFit learned her fate Friday. A Deschutes County judge sentenced January Neatherlin, of Bend, to 21 years and 4 months in prison weeks after she pleaded guilty to 11 counts of first-degree criminal mistreatment and …

An Oklahoma mother-of-seven involved in a counterfeit check ring reportedly underwent sterilization at the suggestion of a federal judge. The Oklahoman reported that Summer Thyme Creel, 34, was sterilized in November after U.S. District Judge Stephen Friot indicated that he would consider giving the mother a lighter sentence if she would undergo the surgery. Friot made the …

Police in Brookhaven, Georgia, are looking for a man who–along with a man who’s HIV-positive–allegedly kidnapped and sexually assaulted a 12-year-old boy. According to WGCL, Kelvin Armstrong, 38, and Kevin Walker, 46, (pictured left and right) are accused of snatching the victim and dragging him into a nearby apartment Monday afternoon. Police said the men held …

A homeless Navy veteran was reportedly charged with the kidnapping of a Virginia Beach teen whose body was later found behind a church more than 300 miles away. The U.S. Attorney’s Office for the Eastern District of Virginia announced Wednesday that Eric Brian Brown, 45, was charged in connection with Ashanti Billie’s disappearance. Billie, 19, was reported …

‘I revoke you demons!’: Jail nurse accused of performing an exorcism on inmate who died the following day

A nurse was reportedly banned from working at the Oklahoma County Jail for conducting an exorcism on a problem inmate who later died. Detention officers allegedly heard Linda Herlong Jackson, 67, say, “I revoke you demons,” as the inmate, Amanda Lynette Freeman, 32, (pictured) screamed and flailed around on February 10. Another witness claimed to have heard …

Two men who allegedly decided to rob a Maryland pub apparently picked the wrong place at the wrong time. The pub, known as a hangout for local law enforcement, was packed with police officers. WBAL reports that two suspects, armed, walked into Monaghan’s Pub in Woodlawn on Tuesday, just before 5:30 p.m. Little did the …