‘She said no…and then she pushed her’

A Georgia couple admitted to battering a restaurant owner and her daughter during a dispute over cold chicken and too few fries in their order, court records confirm. WTOC reported that Nathaniel and Latasha Smith independently pleaded guilty Friday to charges stemming from a June incident that was caught on video. The video apparently showed Latasha assaulting …

Utah police are searching for a woman who allegedly robbed a man as he had a seizure in a Midvale 7-Eleven. Footage obtained by KSTU showed the woman taking a credit card from a man as he was on the floor suffering a seizure. The suspect is also seen stepping over the man and exiting the store …

A Griffin, Georgia, woman allegedly broke up a street fight with her SUV—and ran her daughter over in the process. The Atlanta Journal-Constitution reported that Shameka Peoples, 31, is accused of injuring five people, including her daughter, when she ran her car through an altercation on Wednesday night. Cell phone video, which can be viewed below, …

A Wisconsin woman was recorded stealing flowers from the front porch of a man who recently had part of his leg amputated. The brief video, obtained by WISN, captured an unknown woman running to the porch and taking a flower pot. The man’s caregiver noted that a child walked up toward the residence, mere seconds after …

‘Send them back to their own **** country’: Woman’s racist tirade in Sears caught on video

A woman was taped hurling a barrage of racist insults at a family and cashier in a New Brunswick, New Jersey, Sears. Simoni Lovano, 27, told NJ.com that he recorded the woman making disparaging remarks to a Latino family and Indian cashier. Lovano claimed that the unidentified woman was upset because the line was long and …

A brawl involving 300 young adults and juveniles broke out on a Margate, New Jersey, beach during Memorial Day weekend. Shore News Today reports that several fights occurred on Washington Avenue beach at around 2 p.m. Saturday. An officer assigned to the beach is said to have called for backup, allowing them to disperse the …

VIDEO: Disgruntled neighbor pulls the plug on bounce house with kids inside

Surveillance cameras supposedly caught a Port St. Lucie, Florida, man deflating a bounce house during a 1-year-old girl’s birthday party. On Sunday evening, the unidentified man was seen entering the backyard, deflating the attraction, and walking across the street. More than a dozen toddlers were in the house at the time. Fortunately, all the children were …

A Delta Airlines pilot who struck a female passenger as she fought another woman was hit with a week-long suspension. Video captured the April 21 incident at Hartsfield-Jackson International Airport where a disagreement between two passengers got violent. In the footage obtained by TMZ, one woman can be seen knocking another woman over as passengers … 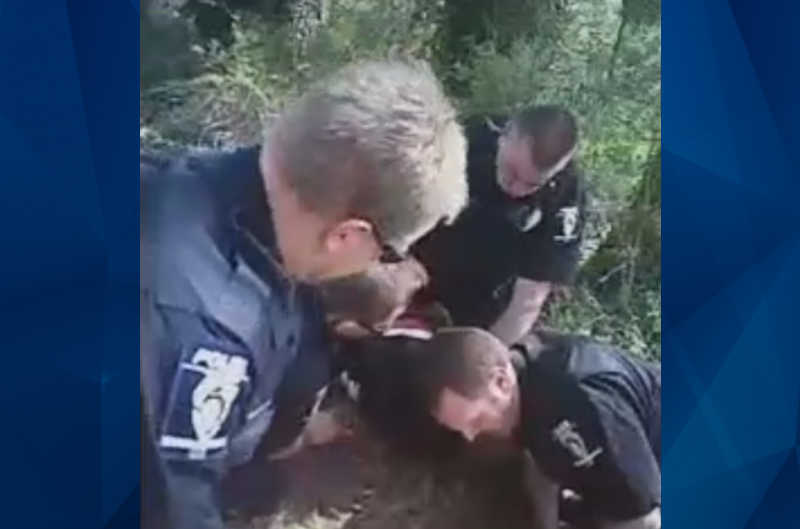 In addition to punching and elbowing an unarmed man, a video captured a North Carolina cop placing a gun to a man’s head and threatening to kill him. WBTV reported that the Charlotte-Mecklenburg Police Department (CMPD) stopped a car they believed was connected to a string of larcenies on March 26, 2016. During the stop, James …

Surveillance that caught an accident in Brooklyn on Friday was released by the NYC Scanner on Twitter, showing a woman being plowed down when a yellow school bus made a quick right-turn. The New York Post reports that 43-year-old Ayse Ayaz was crossing the intersection of Nostrand Avenue and Avenue M on Friday, when a school bus driver, operating a …